How to Install Custom Content and Mods for The Sims 4

Adding custom content and mods to The Sims 4 is a creative way to extend the life of your game, create new methods of gameplay or improve the running speed. The Sims 4 is one of the many video games that has fully embraced the concept of third party mods. Sims players from all over the world have created new foods, skin tones, clothing, emotions and entire fan-based game packs. These mods allow you–the player–to customize the game to your liking. They give you the ability to add what you think is missing and alter anything that needs tweaking.

Since mods are unaffiliated with the game’s publishers, downloading these expansions takes a few more steps than downloading the typical pack. But not to fear. This resource is here to take you step-by-step through the process of installing basic mods and CC to personalize your game.

First thing you will want to set up is your in-game settings for mods. If there are any updates required for your game, make sure to install those updates. Most mods are updated by their creators per EA update to eliminate bugs.

Then, make sure that you have some type of file extractor installed onto your computer, such as WinZip. Most if not all computers running the most recent iOS or Windows 10 should have this feature installed along with the operating system. Some custom content creators compress their files (especially if the download is a set), so a file extractor may come in handy.

The next thing that you should do is become acquainted with your folders for The Sims 4. Depending on which folder you installed your game on, the file path should look something like this:

Within the multitude of folders that are used to run the game, among them will be a folder titled Mods. This folder will house most of your mods and custom content (CC) downloads. There may be a Resource.cfg document, but this file should be empty other than that, provided you have not downloaded mods or CC before now.

CC files such as clothing, accessories and hair, can be filed here once downloaded. These files will generally have the .pkg extension.

Before you go along your digital shopping trips for your Sims, I would recommend creating new folders inside of the Mods folder for each category (hair, accessories, clothing, etc.). Having an organized Mods folder makes finding specific files tons easier.

A key point to remember: Do NOT make a folder inside of another folder. This is because some mods won’t work if they are 2 folders deep.

I would also suggest creating a Test folder. While most CC is functional, there are some that will prevent The Sims 4 from playing properly or even launching.

Instead of immediately adding 20+ new CC files, I would paste them into a Test folder, then test your game to see if everything works as it should. If the game does not launch or crashes, it is most likely due to a broken piece of CC that was added to the Test folder.

By separating these potentially buggy files from the rest, finding the culprit will be a breeze, and you will be spared the headache of sifting through all your CC.

Once you have your folders set up and in-game settings configured as described previously, you should be ready to download CC and general mods to spice up your game! For a few ideas on what mods to get started on, check out my article Best Custom Content and Mods for The Sims or my WIP resource Must-Have Starter Mods for Sims 4.

One of the more popular starter mods would be MCCC or Master Controller Command Center. MCCC is an in-depth script mod that allows the player to modify minute details in the game to enhance gameplay, decrease lag and introduce story progression. While this mod can do wonders for your game, the settings can be a little complicated. For a step-be-step walkthrough on my preferred settings for MCCC, stop by MCCC: My Go-To Settings to Create Story Progression.

Have any other quick tips or great custom content suggestions for Simmers looking to modify their game? Make sure to comment below! 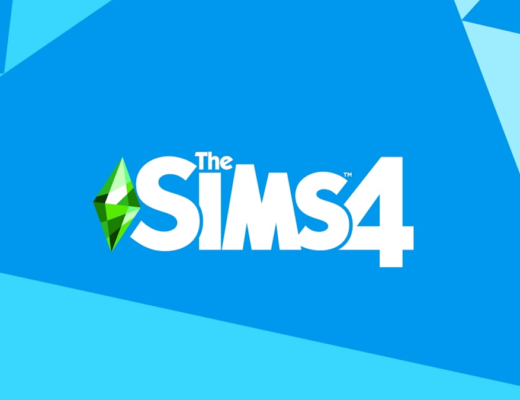